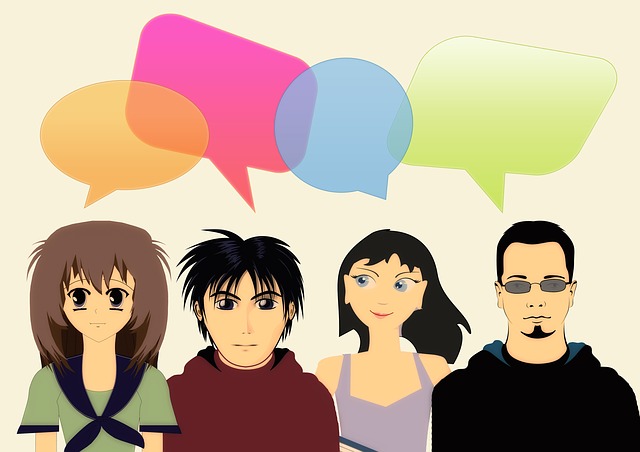 We live in a interesting times when we could easily realize that we are not the center of the world. There are too much people in the world. The Earth must take care of them – in terms of food, air, shelter, and also – greed, ambition, corruption. What modern times bring is – everything is global now. It is not only Europe and Africa, or Europe and Asia, or the North and South Americas. The whole world is a stage. If you package your thing into social package – everybody will hear about you. If shit happens – the whole world will know about it.

If you’ve noticed – Facebook is rising up the group concept more in the recent year. The “wall” can get too diverse, non-specific, general, different from you as an individual. While – if you have joined some group, you must have some interest in the things that are posted there – otherwise you wouldn’t join. This creates the “city center” concept, where – when you “scream” in it – you will be heard of targeted audience. This eases the work of Facebook to target you better.

It is not only social medias, or news or products that need to integrate the social concept. If you are an engineer – you better create a tool for an audiences – not just some hacky thing that only a very small closed group will use – and probably some Chinese factory has made it at scale in prices that you will never be able to compete. If you are singer or a player on a musical instrument – if you are good enough – you should play on events. And if you are good – the internet platforms could spread the word and open you the world as a stage.

If you are a programmer – you better create tools for people and reach them fast. Actually – reaching them first is the better thing to do – but it is more marketing than programming. Creating platforms where others can do something specific (and useful for them) – is key. This reminds me that - this blog in its current form, also every other personal blog for sharing "two cents", that are just that - are doomed - even if there is a team behind the two cents. What are succeeding are – marketplace platforms, mediums for taxis, renting, e-shop, e-blog platforms, sites specifically for images, small videos, focused tools – for plugging other peoples stuff into the tools. The last thing I am seeing in the app markets, voice assistants and so on – of the tech giants. Sadly – they are too closed – trying to keep the control and enforce very strongly – creators to use the tools that they provide.

In dances – every type of dance have made their own small group promoting only the closed specific stuff. Divide and conquer. In purely business aspect – what I’ve seen is promoting teams that have the famous individuals brand on them. Dance moves are something universal and should have been non-patent-able – but it seems – that is the solution for making a subgroups of interests that have your name.

Do you wander why the majority of the viruses - especially 10-15 years ago were targeting windows? Do you wander why 2-4 years ago there there was abundance of crypto ideas and ideologies (and also pure scams with nothing behind)? Why there are so much Facebook "influencers", and individuals talking about all kinds of topics. The number of people - the social effect is the fuel - it boosts whatever you do - good or bad.

Religion and spirituality is not different from any other type of human doing. If one is to succeed – it must be open (hopefully non-violent) and be spread around the world by embracers. And when it is not of that type it is very much like the Facebook groups or the local dance clubs – that preach their stuff in closed circle and keep the control over the audience. The mere success of the Christianity is an example of open to changes religion – moving the special dates, changing from open practice – to forced, to open, having sub-leaders around the globe and so on.

In business what has globally succeeded are platforms for creating targeted social groups or using globally valid social thing – like clean air vs pollution, health, transport, communication. The majority of people are far from these scales and what will help everybody is doing the best work that one could do at his stage of development of the skills. The quality work leaves traces – word from mouth to mouth, results and so on. One of the core things any specialist could learn (not only programming) is – no matter how good any single individual is – he alone cannot do the work of 100 or 1000 people. Whole other point is – where are the money. Many things cannot be scaled easily but one must try to do his best to create prosperity, to leave his footsteps - and it is not about money only. If one could promote planting trees, cleaning, doing good, why not make it social and widespread?