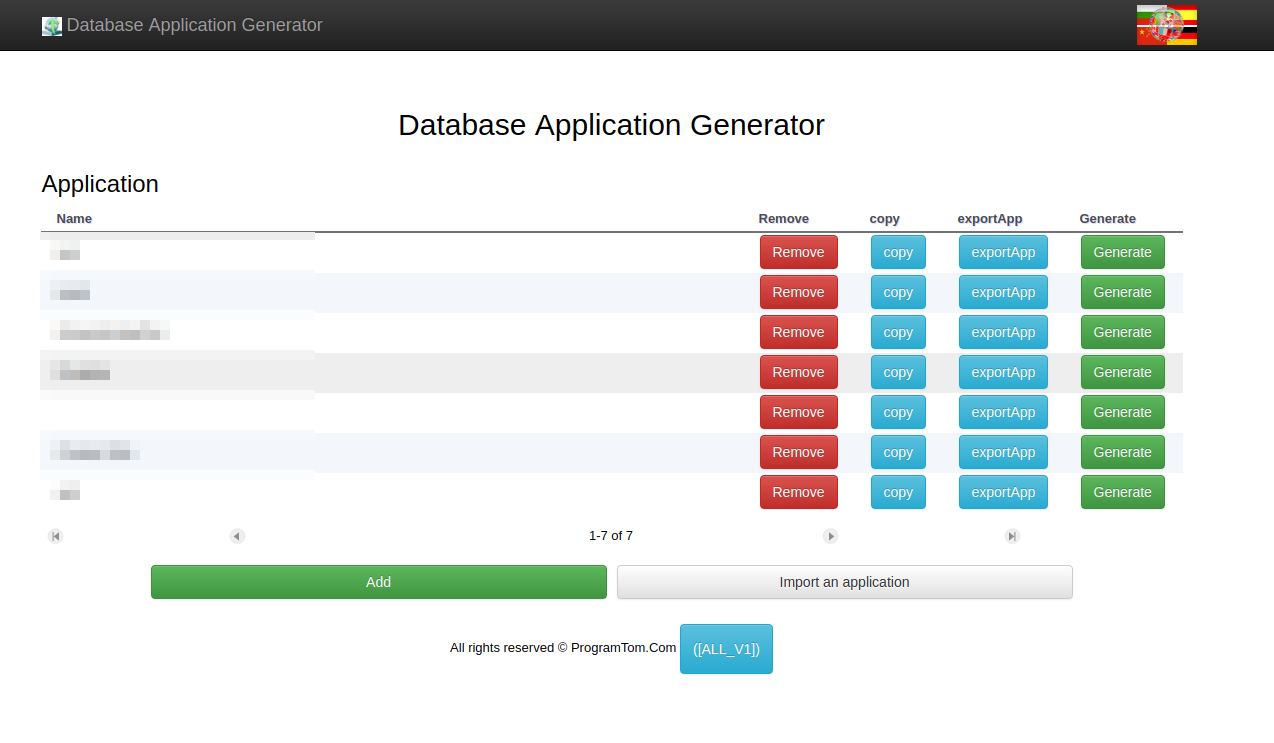 In this article is the first from a series of posts that will contain screenshots, explanations, tutorials, howtos and “What is this?” – about my GeneratorApp Tool.

In general my idea about the GeneratorApp is:

a button to enter a license purchased from my site https://tomavelev.com/GeneratorApp/

, a button to add new application that needs source code generation, an import button to get started quickly with previously defined models with source from:

On every record here you have the following functionalities:

Applications have a name and a list of databases. The databases can again – be imported from existing ones – in another article I explained how to add integrate in my tool support for other databases – or you could create them on your own.

The upper fields on the database details screen are used rarely – if you use plain Simple DriverManager JDBC Data Access for example. If you use some ORM or JDBC with ContextResource – where the connection is defined outside of the code – in the application server, these fields are optional. More about it in another article.

Next there is a grid with the platforms included to this database. I’ll make a separate post about each platform – what is expected as an input in the fields and what the GeneratorApp outputs. 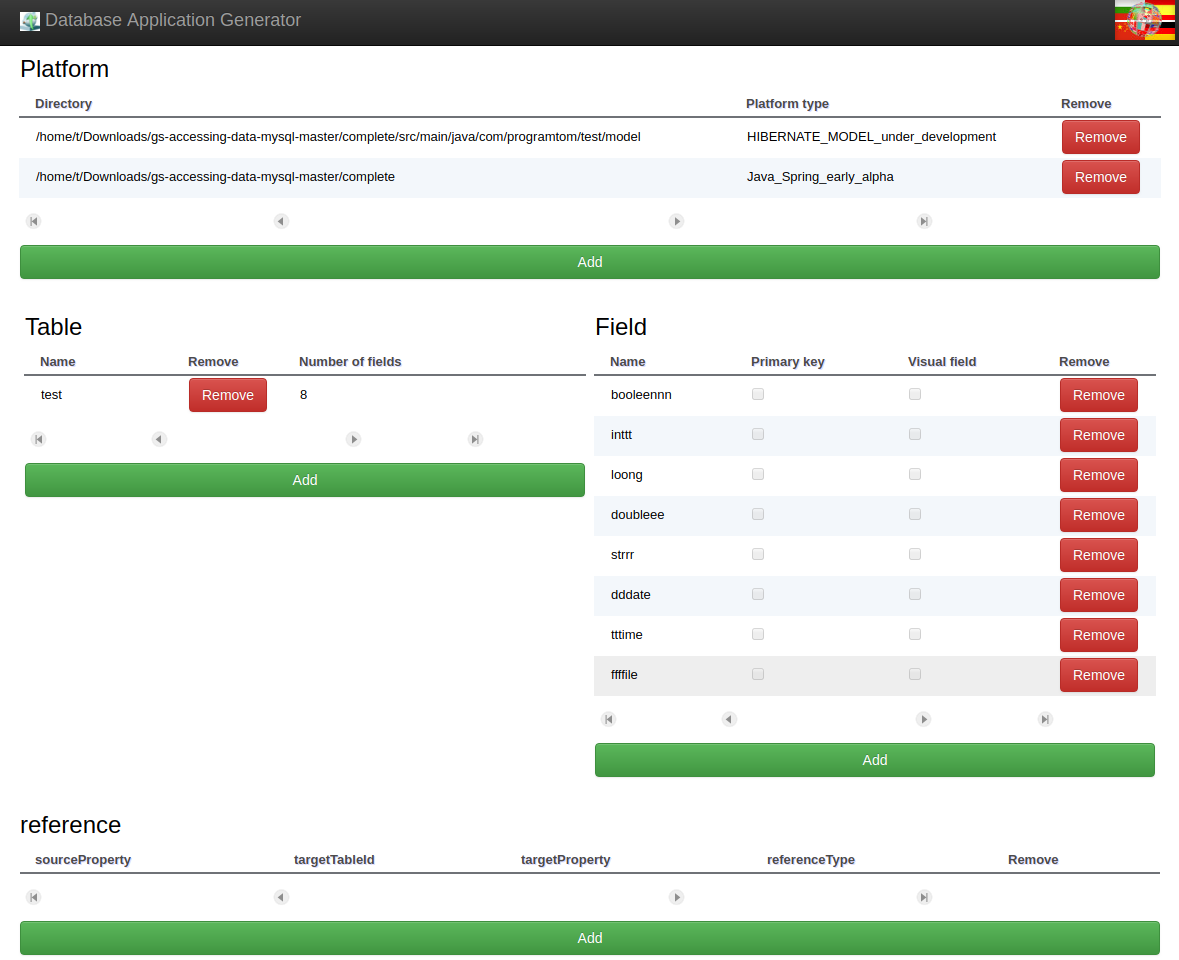 Next there are three grids – grid with tables, grid with properties/fields and grid with references.

The grid with tables is static one – it doesn’t refreshes and it stays unchanged by outside changes. Tables represent your domain models in database terms.

The functionality of the grids with fields and references is very much the same – basic user interface for managing records. The properties of the fields are several and are very much known to a developer that uses databases. 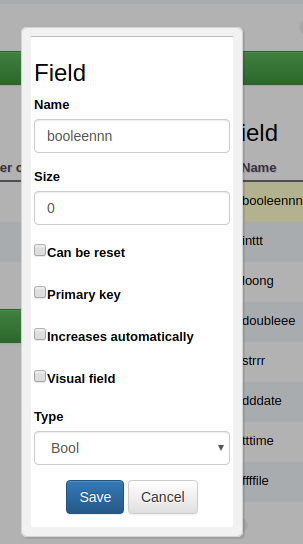 The next tutorial will be more give more details about the input and output of the generators and the technologies that are applied to.